So many things contribute to accuracy that it’s hard to control them all. Generally, a good bullet fired from a straight barrel centered and squared to the bolt face should suffice for hunting loads. Target loads demand a bit more precision, but honestly, match bullets from companies such as Sierra, Berger and others are extremely consistent. Does it make sense to weigh bullets and segregate them for minimum tolerances? In most cases, I don’t think so.

A typical box of 100 bullets might show an extreme spread of a grain or two from lightest to heaviest, depending on overall size. That’s nothing in a 180-grain .308, but is more significant in a 50-grain .224. Whether a grain difference will lead to enough spread between bullet holes at 100 yards to jeopardize a hit on a ground squirrel is doubtful. It might enlarge a one-hole group a fraction of an inch. Experimenters have proven it both ways. You’ll have to prove it to your own satisfaction, and the test is relatively easy. You just weigh out a box of bullets, segregating them into tight parameters. 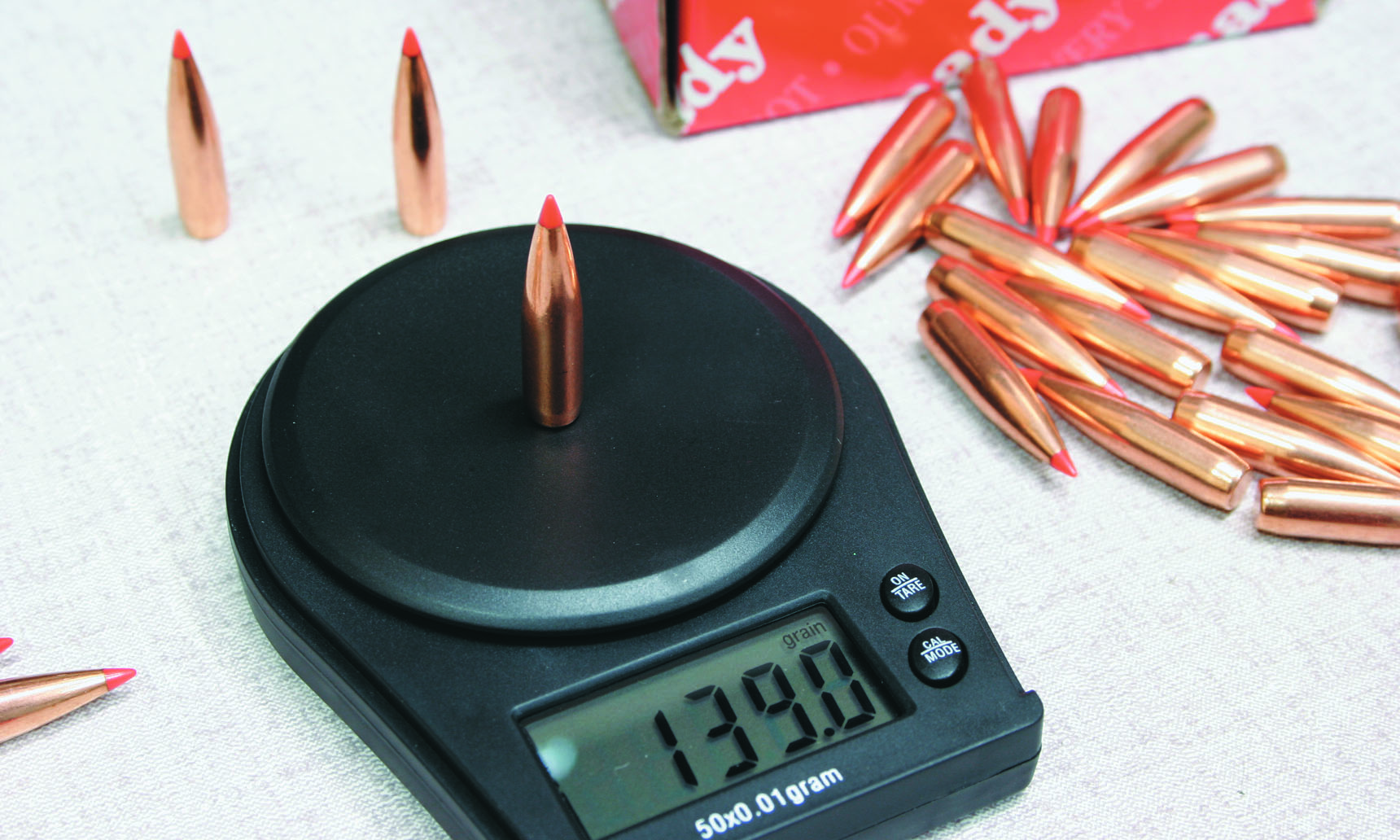 For instance, I just weighed 80 7mm Hornady 139-grain Inter- Bonds that varied from a low of 138.4 to a high of 139.5, just 1.1 grains difference, slightly under one percent of the bullet’s mass. Here’s how they weighed out:

If I wished to test these (which I don’t, since InterBonds have proven consistently accurate in my handloads), I’d work up a load using all bullets from either of the largest groups, then the same load using bullets from the most extreme groups, shoot them and compare group differences. Several three-shot or five-shot groups would be necessary to get a statistically accurate average, and there aren’t enough “bad” bullets in the batch to load five rounds. You’d have to buy several 100-roundboxes to conduct the experiment.

A simpler option is to hedge your bets by segregating the few “extreme end” bullets and consigning them to practice rounds. Build your high-value hunting or competition loads with the rest.

It might be worth weighing a box of inexpensive, generic bullets. They are more likely to have been slapped together with minimum or no tolerance controls. I pulled one bullet from a box of 105-grain .243s with a tip so deformed it measured .251! That’s not something that’ll raise your score.

By and large, the time required to weigh bullets would be better spent practicing your trigger release or judging distance.