Want to try Wildcatting? The .22 K-Hornet is a good place to start…. 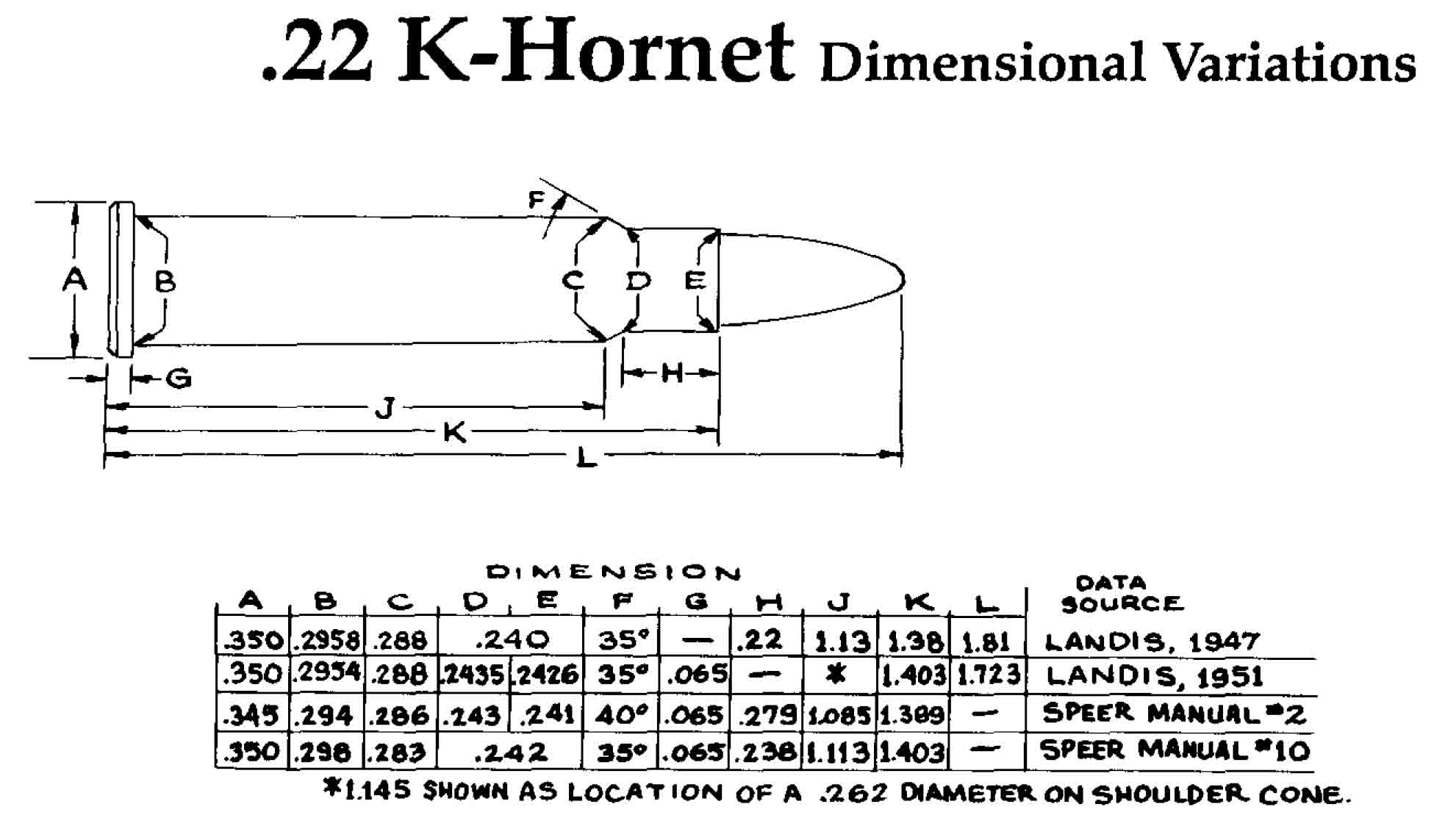 Improving a cartridge is always an enjoyable pastime and for those who may have thought about the hobby of “wildcatting” might try giving the .22 K-Hornet a shot.  After all, it is easy to form, nice to shoot, economical on powder, accurate and unbelievably there is a custom / production rifle to chamber this round.   Besides all this, if you have a rifle chambered for the .22 Hornet, rechambering is easy and for most part much cheaper than you can do with a new rifle.  Can’t get better than that! 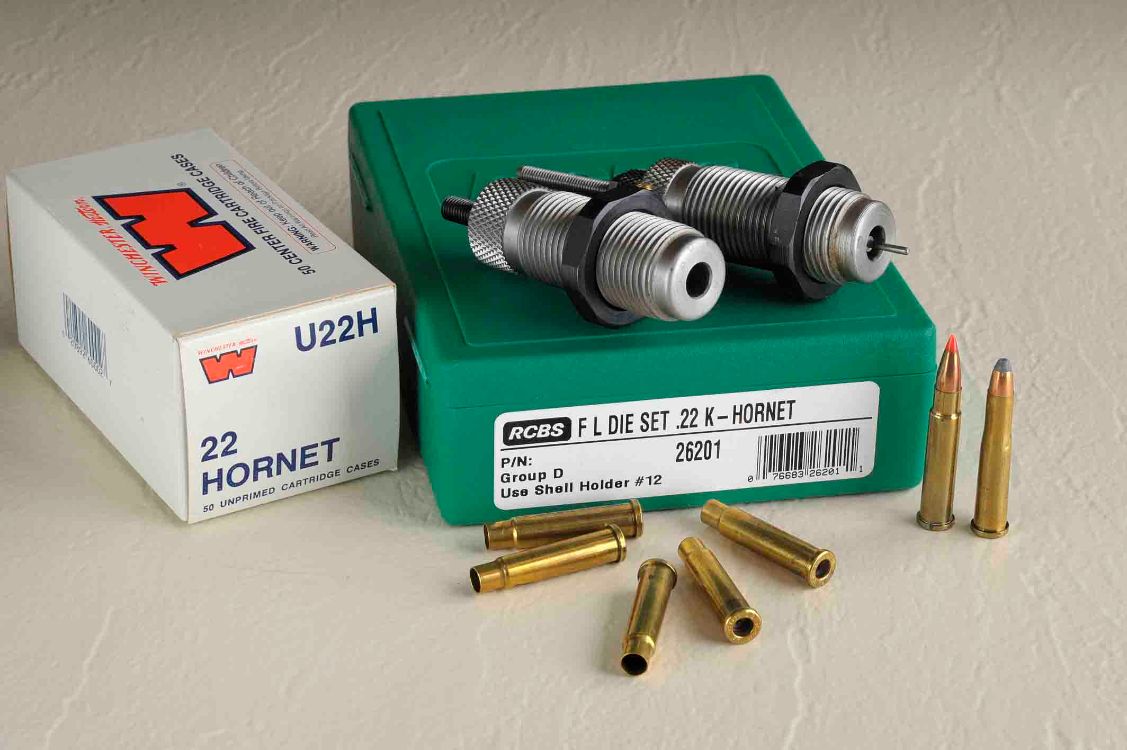 In the early part of the last century, we saw an upswing of new or improved versions of cartridges.  Powders were just coming in on their own, new rifles were being introduced after the war and it seems gunsmiths were popping up all over the country.  Names like Ackley, Donaldson, Lovell, Whelen and man named Lysle Kilbourn were all starting to make their mark.  While the .22 Hornet was now in the fray with rifles from Savage and Winchester, there is always someone looking to “improve” the factory offering.  This time around it was Kilbourn, an upper New York state gunsmith who decided to increase the powder capacity of the parent .22 Hornet with a new moniker --- the .22 K-Hornet --- with the “K” obviously standing for Kilbourn.

His idea was simple and most of all, easy.  Once you have the rifle chambered for the K-Hornet, chamber original Hornet ammunition, pull the trigger and voila --- You have a K-Hornet.  If everything is just right, the shoulder would have moved forward at a much sharper angle with some additional powder capacity that gives you about a 14 to 16% boost in velocity.  Not much, you say, but looking at the case and its internal volume, that goes from 2545 fps (with Remington 45 grain ammunition) to 2932 fps with a Speer 45 grain Spitzer over 11.5 grains of Alliant 2400 powder.  Enough to make me happy for sure.

Dies are available from most manufactures albeit in the custom column, so they might be a little more than most common sets.  Primers are usually the small rifle, bench rest variety, with CCI being my choice under their BR4.  I use Winchester cases, as they seem to be in stock more than others are, or once fired from shows are good also.   Because of the small case, faster powders are the norm here and with this in mind, propellants like the preferred Alliant 2400, IMR-4227, H-110 or AA 1680.

Last, Cooper still chambers the .22K-Hornet in a number of their rifles; my tests were made in a Contender Carbine rifle with a barrel made at their now defunct Custom Shop.  Still, you can find barrels at shows and once you have this important part of the equation, for a dedicated woodchuck man like myself, the fun begins.