Get Rhythm For Dropping Powder

Powder measures save considerable time over weighing individual doses of “go juice.” Fill a block with primed cases, run each one under the measure, pull the handle and voilà. Finis.

But how precise could that be?

Pretty precise, if you get in the rhythm. Many benchrest pros drop their charges.

Dropping powder charges is something like dancing. Memorize the steps, get into the rhythm and let ’er flow. One-two-three, one-two-three. Consistent repetition is the key. 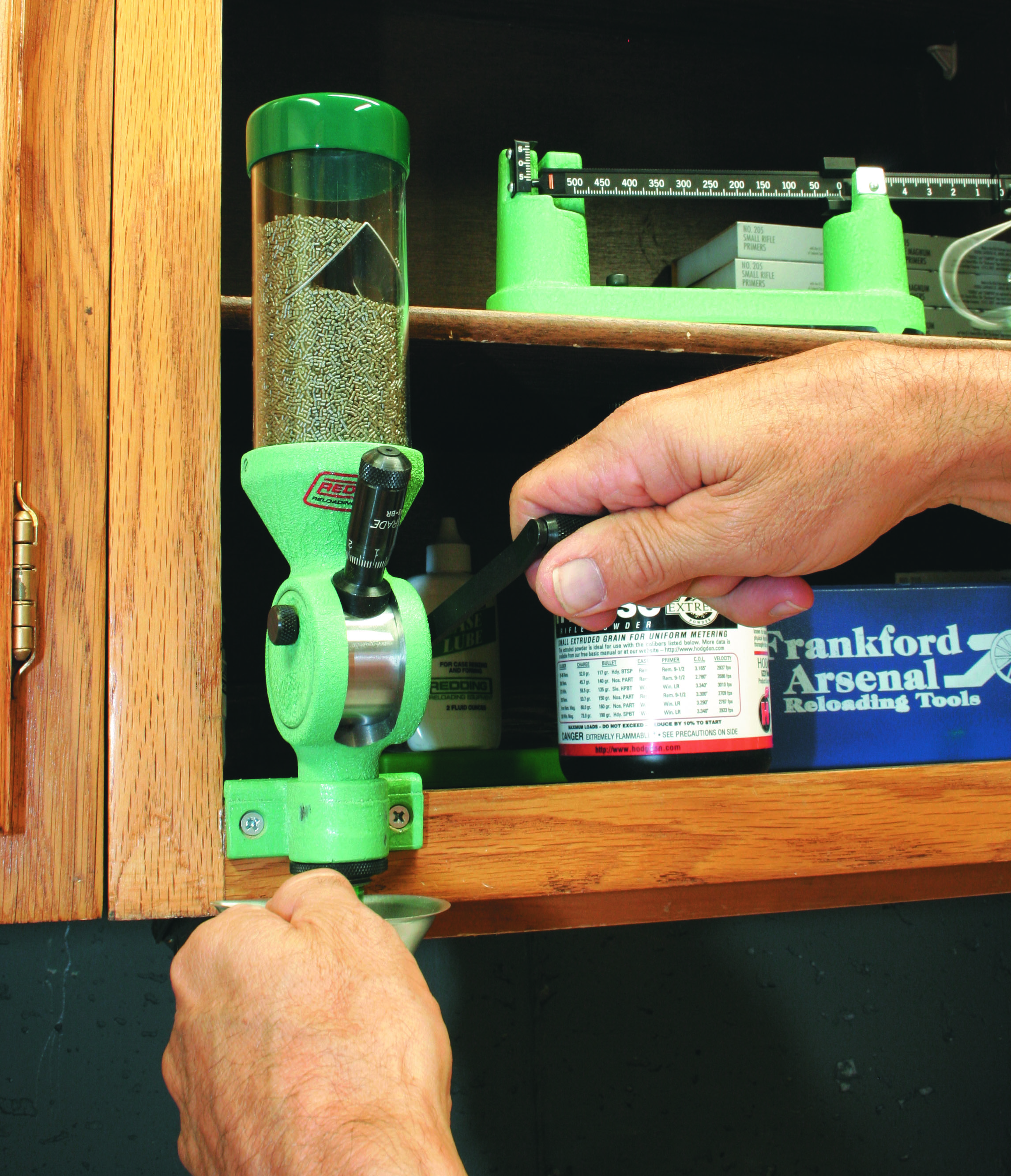 Start by filling the hopper. Next, throw half a dozen to a dozen charges and return them to the hopper, easy like. This removes the densely packed lower level, which could contribute to heavier initial loads. Third, weigh individual charges and fine-tune the settings until you’re hitting the desired load weight. Fourth, use the identical handle technique each stroke. Since it’s nigh impossible to pull down and up with the same G forces (especially when cutting long stick powders) each time, minimize these differences by tapping the handle one to three times on the upstroke and downstroke. This should settle the powder evenly each time for consistent charges. To rap the handle, just pull up or down an inch or so and flick the handle against its stop each time, rap, rap, rap. Shoot for the same intensity or energy with each rap. Since no one can do this precisely, we recommend the two or three raps instead of just one. They do a better job of settling grains regardless of lighter or heavier touches.

Try to maintain a fairly consist powder level in the hopper, say from one-third full to two-thirds full rather than nearly empty to spilling over the top. If static electricity causes granules to stick to sidewalls, wipe the hopper out with a laundry anti-static cloth.

Finally, if you’re really persnickety, weigh every 10th charge or so just to make sure you’re on track. Enjoy the dance.