Good old Yankee ingenuity often saves the day when handloading. Certainly this is a precision enterprise, what with tolerances running to the ten thousandths and even hundred thousandths, but lost, broken and defective tools combined with tight schedules often lead to what might politely be called jury-rigged operations. In other words, make do with what you have on hand.

Case in point: I once needed a trimmer pilot for .243 in order to work up some 6mm Remington brass for a fast-approaching hunt. Problem was, I'd recently moved and couldn't find the .243 pilot for my Hornady trimmer. Living in small town America, neither could I find a retail store that carried Hornady pilots. None of my short list of new friends had one either, but I managed to scrounge up a .243 pilot for another brand trimmer - I think it was RCBS, but won't swear to it. The point is, said pilot's mounting stud didn't exactly fit the smaller hole on the Hornady trimmer. So I clamped it in a bench vise, laid a file to it and ... Well, let's just say it eventually fit, more or less, and thanks to the centering action of the trimmer, I was able to lock things close enough to center to shave the necessary excess brass from the necks of the 6mm rounds and get a deer. They may not have been benchrest caliber loads, but they got the job done. 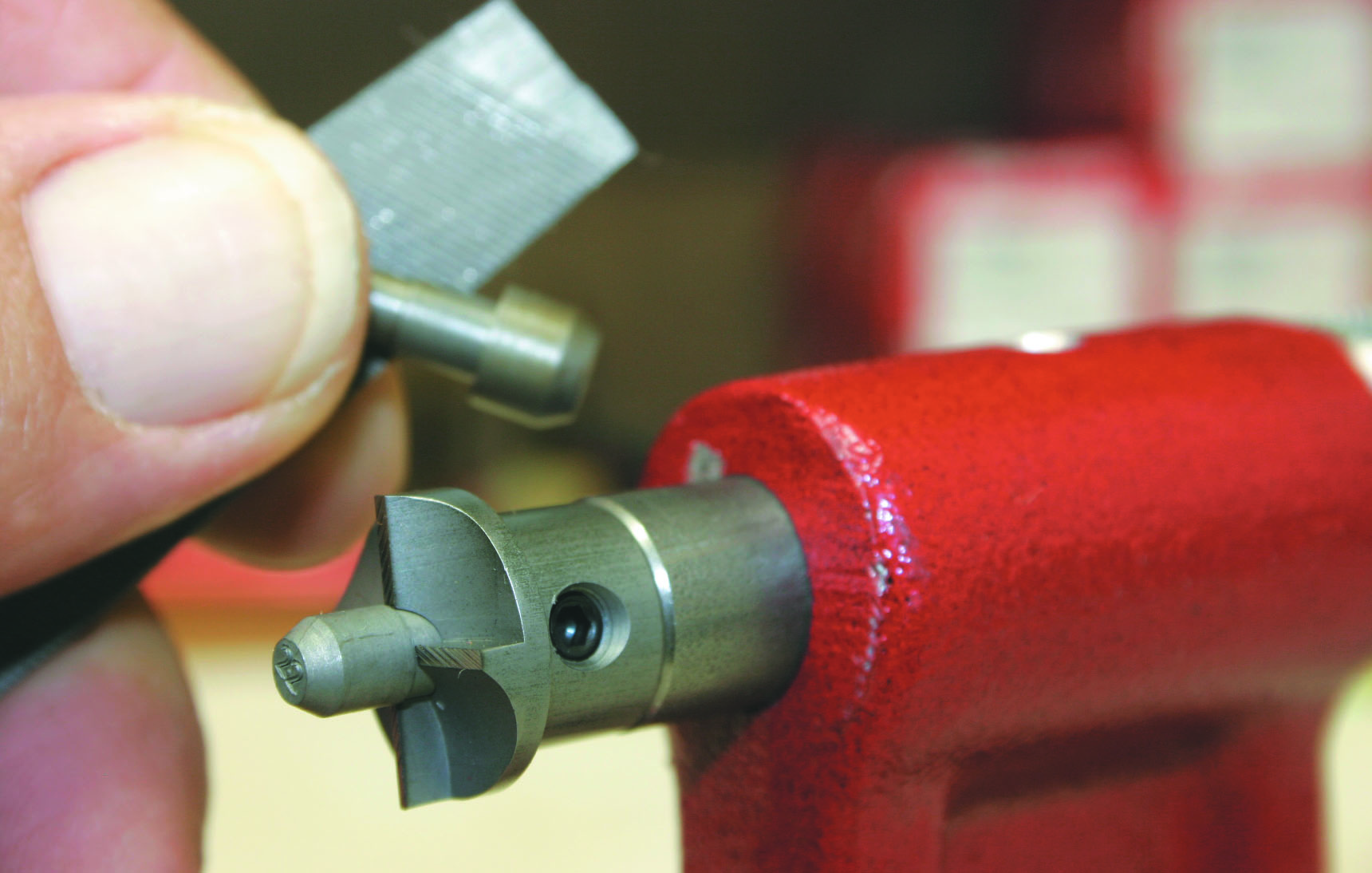 More recently, John Haviland and I put our heads together to salvage an oversized .300 WSM case problem. We were trying to work up loads for a prototype, ultralight Kifaru rifle I was to carry on a wilderness hunt in three days. We had one day to work up the loads. John had about 40 rounds of once fired brass. We screwed a brand new resizing die into the press and began minimally resizing, intending to lock the die down when the cases fit the chamber with just a bit of tension. We sized and tested, screwed the die lower, sized and tested and screwed the die lower until we bottomed out – and the bolt still wouldn't close on the "resized" case.

"Chamber's undersized?" I suggested. We tried some Federal factory ammunition. It fit easily.

Or both. Whatever the causes, we had ourselves a problem. How to squeeze the cases enough to fit the chamber? John perused his stock of dies and came up with a .300 Remington SAUM. Now, the .300 SAUM isn't exactly a perfect fit with the slightly longer, slightly wider .300 WSM. The SAUM is .550 inch diameter at the head compared to .555 inch on the WSM. At the start of the shoulder the SAUM is .535, the WSM .538. But SAUM length from base to shoulder is just 1.538 inches compared to the WSM's 1.664, perhaps enough leeway to bump the shoulder before encountering the tighter dimensions along the body. Shoulder angle is 30 degrees on the SAUM versus 35 degrees on the WSM.

"Let's try it." John removed the expander spindle and shoved a case in. It chambered in the Kifaru. Tight fit, but fit it did. With 165- grain Sciroccos ahead of 65 grains of H-414, the rifle grouped slightly over MOA and went on to take three animals with three shots from 80 to 400 yards.

Ideally one adheres to proper handloading techniques, precise measurements and properly functioning equipment – but sometimes one is forced to improvise. Use your brain, think things through carefully and you may save the day. But be careful!