Many of the questions we get here are about wildcat rifles that somebody just bought, and the proud new owner can't find any source of loading data. While I have a lot of obscure reference books that contain data for many wildcats (and even have some hands-on experience with a few), it's impossible to supply data for every obscure wildcat ever made.

Even some of the published data for many older wildcats is suspect, because it was never pressure-tested. Plus, the tendency for many wildcatters of the past (most of whom didn't even use chronographs) was to wildly over-estimate velocities and under-estimate pressures. These were their inventors' babies, far better than any other cartridge of their class. Even if chronographed data is available, the powder used may have changed considerably, or even been discontinued.

Similar situations exist with many obsolete factory cartridges. There's darn little available data for many older European and British rounds, and even some American cartridges – and what there is mostly features obsolete powders.

Sometimes I can suggest starting loads for a wildcat, just by knowing its basic design. For instance, recently a subscriber asked about data for a wildcat called the .257 Arnold Magnum, made by a gun shop that's no longer in business. A great many wildcats turn out to be redundant, almost exactly the same as some factory round that already exists. The .257 Arnold Magnum turned out to be one: the .264 Winchester Magnum necked down to .25 caliber. This makes it just about identical to the .257 Weatherby Magnum, the one real difference being that the wildcat almost certainly doesn't have the Weatherby "freebore," essentially an extra-long chamber throat that allows the use of more powder at safe pressures.

So .257 Weatherby loading data couldn't be automatically used. Instead I suggested reducing .257 Weatherby starting loads at least 8 percent, then watching the chronograph carefully as powder was added to any load, stopping 100 fps or so below maximum .257 Weatherby muzzle velocities. 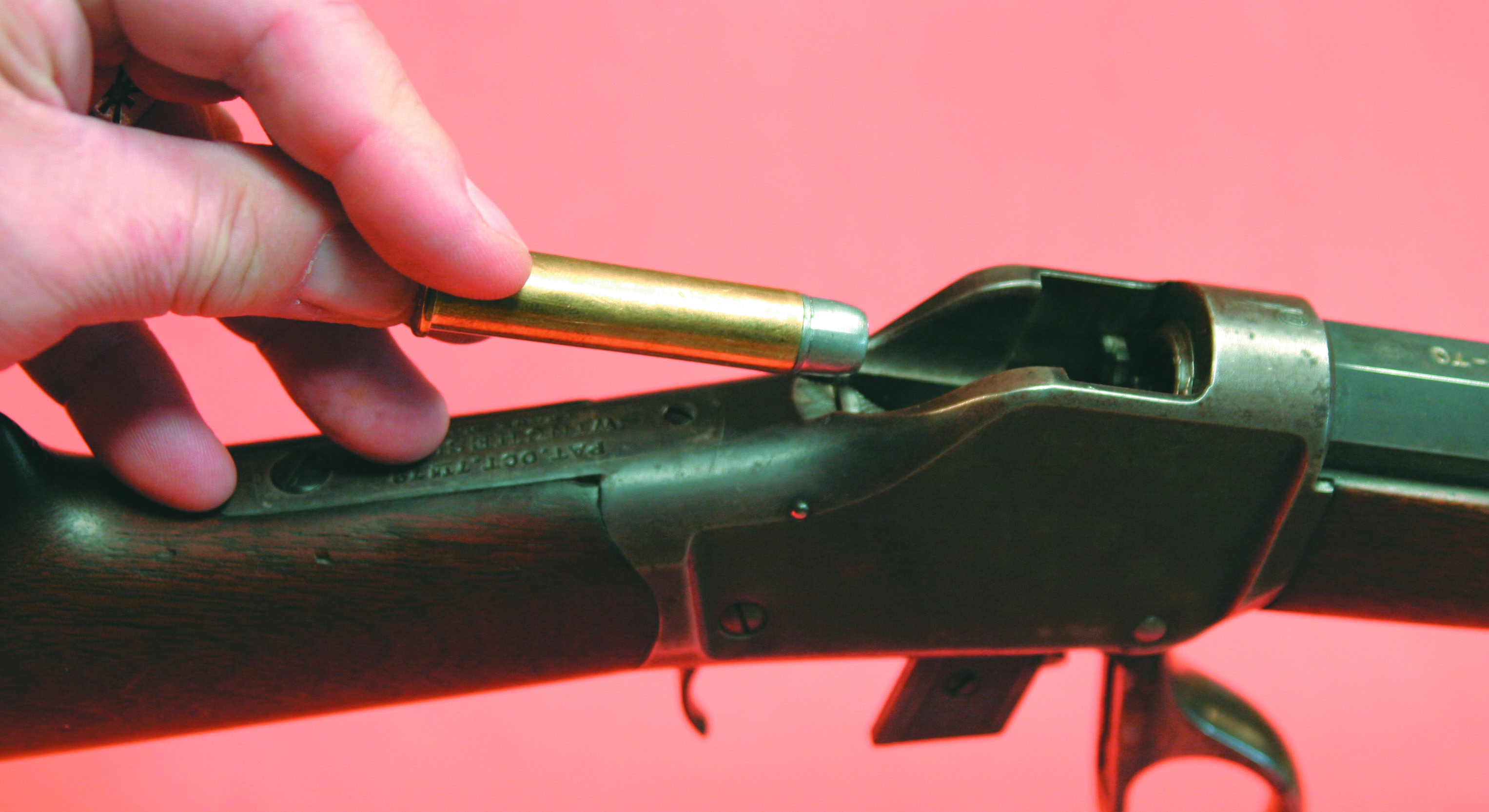 But why buy a rifle for which there's no loading data available at all? Just because loaddata.com includes lots and lots of data doesn't mean that we can come up with handload data for every obscure round in the universe. Yeah, I do have this library with a lot of weird cartridges in it. This doesn't mean, however, that somebody's fly-by-notion to neck down the .264 Winchester Magnum a hair will be included in any of those references, especially when a perfectly good, nearlyidentical factory cartridge already exists.