The .308 Winchester has never been the darling of the folks who obsess over just the right cartridge for each type of big game, 500-yard shots, or the latest In-Cartridge. Instead it is the cartridge for practical hunters, who like a relatively lightweight rifle that will cleanly take about any nondangerous big game on earth at common ranges, without pounding their shoulder into a purple pulp.

The .308 also happens to be among the easiest cartridges to handload, especially if you’re looking for accuracy. Some shooters do not believe in “inherent accuracy,” but if that characteristic can be defined as “shoots small groups with a lot of bullets and powders, out to the ranges most hunters can hit game,” then the .308 qualifies. In fact, I have shot more than one out of- the-box .308 sporter that would average .5 inch or maybe even a little less when shooting 3-shot groups at 100 yards—with factory ammunition.

So what does it take to make accurate ammunition for a .308? Not much, but they seem to shoot their best with 150 to 165-grain bullets. This is just fine, because bullets of this weight class will do anything required of a .308. 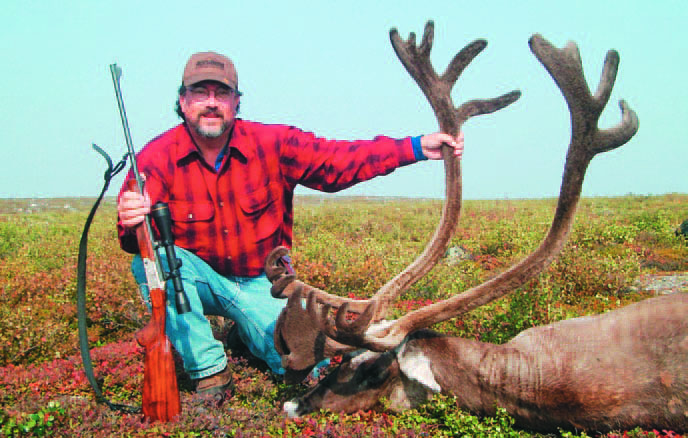 Back in the “old days,” before a so-called premium bullet appeared the first of every month, the common advice was to use 150-grain bullets for deer-sized game and 180’s for larger animals like black bear and elk. This was good ad- vice—with so-called cup-and-core bullets. The .308 will get 2600- 2700 fps with a 180-grain factory load, depending on the load and barrel. At that velocity “ordinary” bullets expand and penetrate pretty reliably, even on game weighing several hundred pounds.