The .300 Holland and Holland

The .300 H&H is the original “belted” .30-caliber magnum, appearing in 1925 as the “Super .30.” Though many shooters believe it obsolete, it is well worth handloading.

Part of the reason some shooters don’t regard the .300 H&H very highly is that originally it was designed to duplicate .30-06 ballistics, and it remains somewhat underloaded in American terms.

Why such a big case, then? Well, the British “powder” of the era was cordite, made of long strands like thin spaghetti. Cordite was very temperature-sensitive, so ammunition for the hot tropics was loaded to lower pressures. American-level .30-06 ammunition tended to be a little warm in Africa and India, so the .300 H&H was designed to provide the same muzzle velocities at safe pressures.

The long, tapered case was used to facilitate loading cordite. The powder was actually loaded before the case was necked down. The belt on the case was needed for sure headspacing, due to the sloping shoulder, unlike the purely cosmetic belt on most modern rounds.

The shoulder design of the .300 H&H case has been criticized by many over the decades. Some claim it tends to promote both case separations and throat erosion. The first is true if a handloader doesn’t adjust a full-length die for the chamber of a particular rifle. The second was probably true with the hotter-burning, more erosive powders of yesteryear, but isn’t really a problem with modern powders. 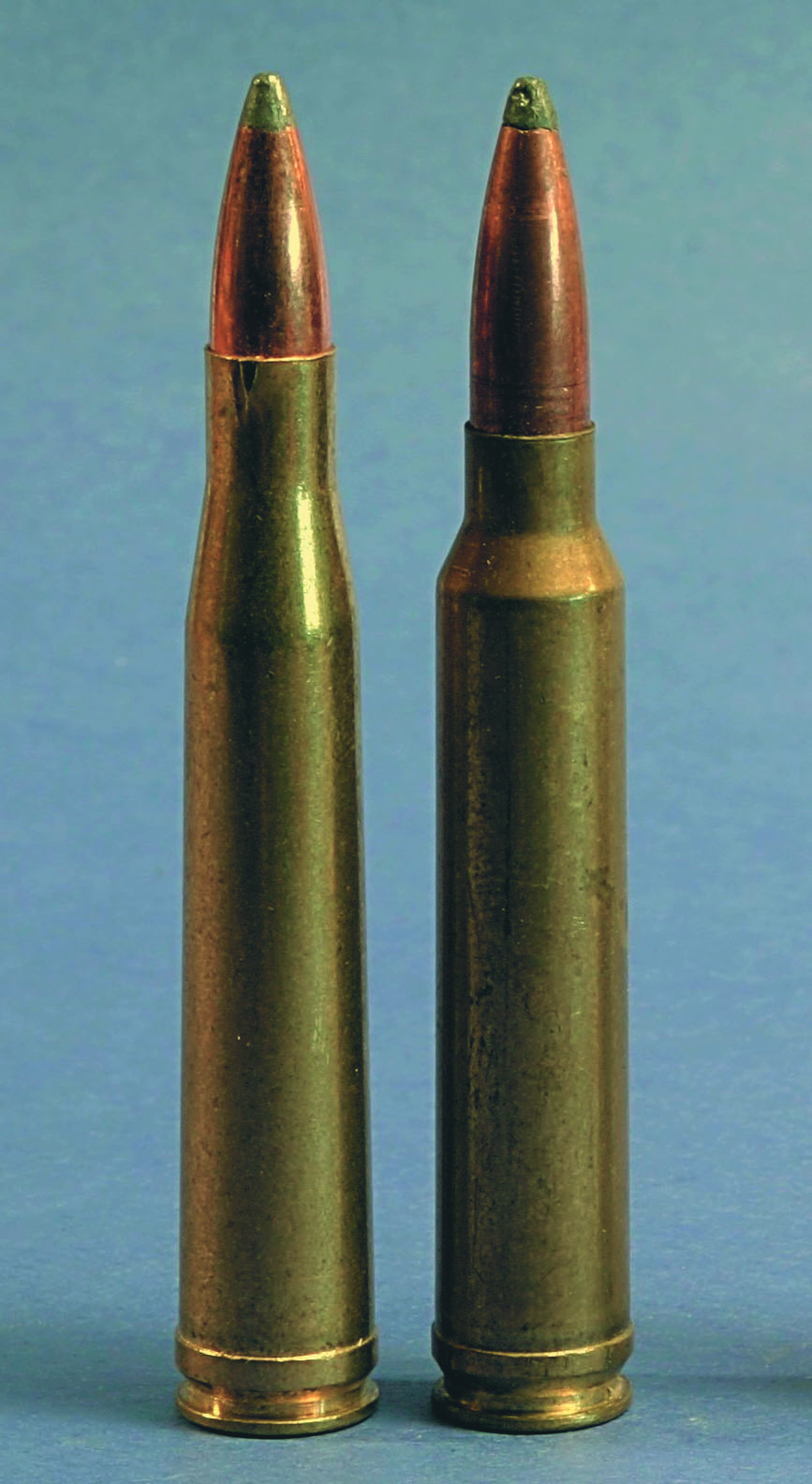 My own .300 H&H is a custom rifle, put together on a Winchester Model 70 Classic action with a Classic Barrel & Gun Works cut rifled barrel and a fancy-figure second- hand stock from a M70 Classic Super-Grade. It shoots great, and so far I have not experienced any case separations, because my sizing die is adjusted to allow the case to headspace both on the belt and that sloping shoulder. This is a good thing, since .300 H&H brass is getting harder to obtain (though it is easily made by re-forming .375 H&H brass).