The .22 Hornet is an old cartridge with even older roots. It evolved from a black-powder round, the .22 Winchester Center Fire, introduced in 1885. This was about the time smokeless powder started being used, so eventually the .22 WCF was also loaded with smokeless to duplicate the original black-powder ballistics (a 45-grain bullet at about 1,500 fps). It was apparently most popular in single-shot rifles such as the Winchester Low Wall.

The .22 Hornet was developed in the 1920s, and first loaded commercially by Winchester in 1930. It is essentially a high pressure version of the .22 WCF, and for years was primarily factory loaded with a 45- or 46- grain bullet with a rather blunt profile at about 2,700 fps. This is definitely more zip than the .22 WCF, but it couldn't run with the .222 Remington when that cartridge was introduced in 1950, with 50-grain spitzers at 3,200 fps.

Consequently the Hornet almost died, barely kept alive in occasional new rifles such as the Ruger No. 3. Eventually, however, it started a strong comeback, primarily due to better bullets and powders. It is still not the most popular cartridge, but these days it is in no danger of becoming obsolete.

The biggest handicap the Hornet faces is the too-short length of the magazines in many rifles. This is why the round has always been factory-loaded with relatively light, blunt-nosed bullets: These are the only bullets that will fit in the short magazines of Hornet repeaters. 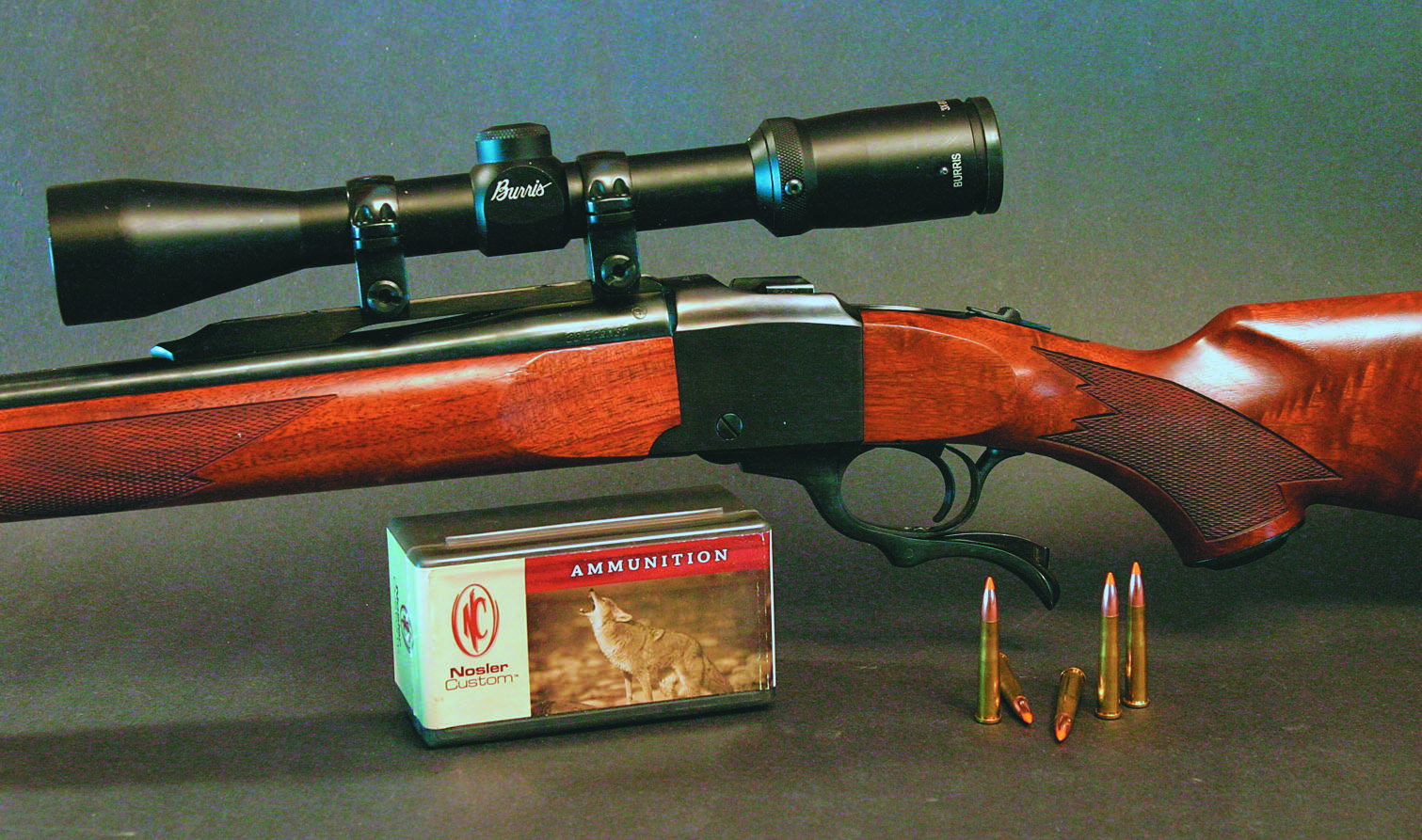 Fortunately, these days better powders and even lighter (and slightly more aerodynamic) bullets are available. The best for the Hornet in repeating rifles is probably the 35-grain Hornady V-MAX. Also, Hodgdon Lil'Gun has proven to be perhaps the perfect Hornet powder, even though it was developed for the .410 shotshell. In several Hornets I've loaded for over the past few years, Lil'Gun has consistently provided higher velocities and better accuracy than any other powder.

This is not to say that traditional Hornet powders such as IMR-4227, Hodgdon 110 and Alliant 2400 won't also do well. The last powder is so-named because it was developed for the Hornet many decades ago, and provided the then-top muzzle velocity of 2,400 fps. But Lil'Gun is always the first powder I try in the Hornet, whether the original version or the K-Hornet "improved" version, developed by Lysle Kilbourn in 1940. With Lil'Gun the 35-grain V-MAX can be given 3,200 fps in magazine rifles, and the same bullet can be pushed beyond 3,300 by the K-Hornet. Another good bullet for magazine rifles is any 40-grain hollowpoint spitzer. These can reach 2,900 fps, and while not as explosive as the 35- grain V-MAX, they hold their velocity better and hence shoot flatter than any traditional Hornet load.