This is nonsense, but then again nonsense has sold many things in this world. And where would we be without an ideal to yearn for? The truth, of course, is that searching for three-shot, .5-inch accuracy at 100 yards is one tiny bit of the equation and, in fact, is almost meaningless.

For one thing, many shooters look for a single .5-inch group, ignoring all other groups that may measure a full inch or more. This may explain the vast number of alleged .5-inch rifles in the world, especially considering the skill level of the average shooter, the amount of parallax in the average 3-9x scope, the average handloader's lack of technical knowledge – and the total absence of wind flags on most public shooting ranges.

And just because a certain rifle will average .5 inch for three-shot groups does not mean all its shots will land in .5 inch. Shoot five-shot groups and the same rifle's groups average about 1.7 times as large, simply due to the law of averages. I have tested this time and again. Ten-shot groups will be larger still – and are probably the fairest test of all, because they indicate about how far the widest shots will land from the center of the group.

The reason three-shot groups have become the standard is that they allow almost any shooter/ rifle/ammunition combination to accidentally make a tiny group now and then. But unless repeated at least five times (and 10 is better), then averaged, statistically they are almost meaningless. 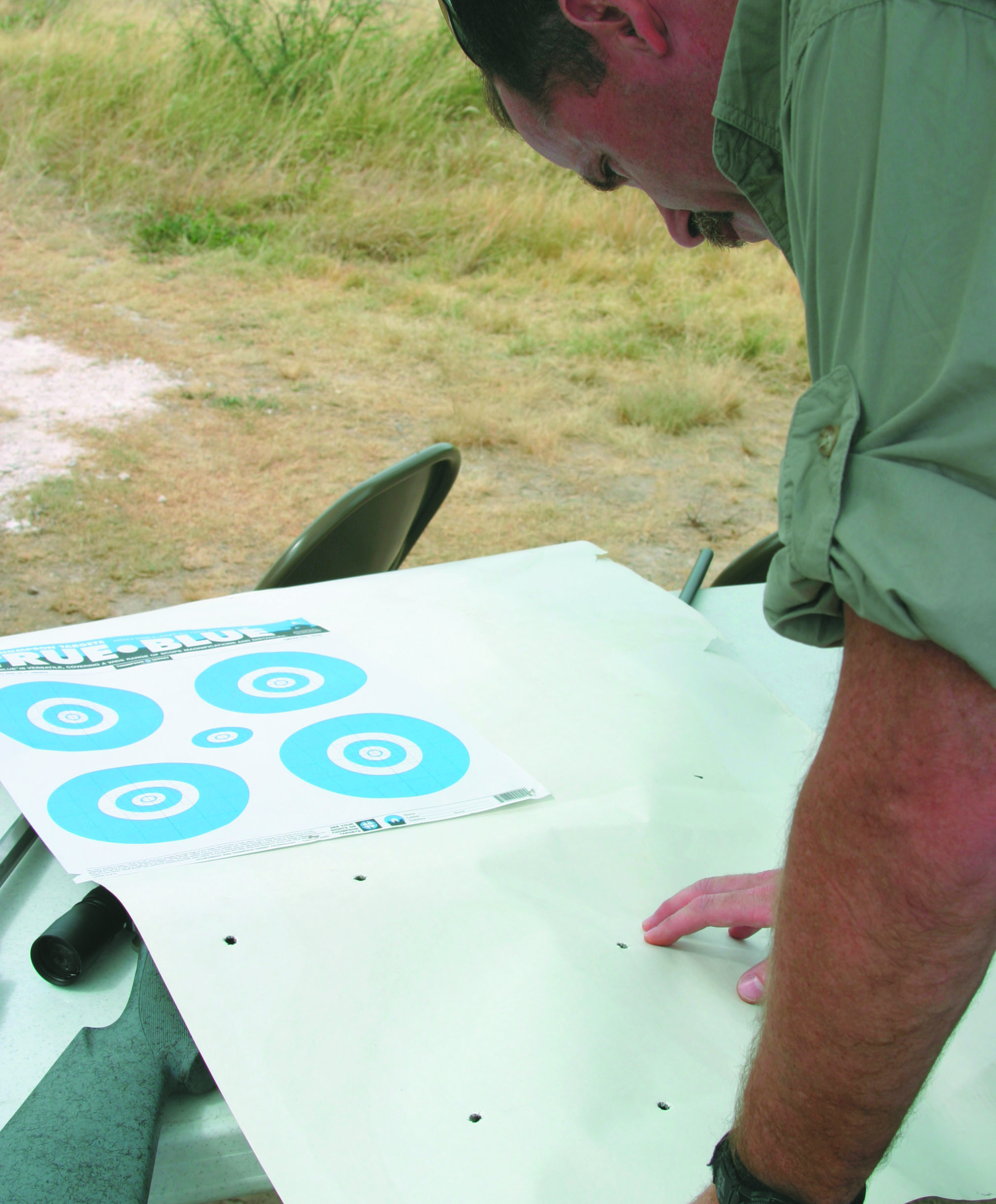 Now, even if a rifle will put 10 shots into an inch at 100 yards (and believe me, that is a very accurate rifle), this does not mean that it will shoot into an inch at longer ranges. I am constantly amazed at the number of shooters who believe a rifle will group the same at 300 yards as at 100.

There is only one way to find out how well your rifle shoots at longer ranges: Shoot it at longer ranges, and preferably shoot more than three shots. You might be surprised at how "horribly" your rifle shoots at 400 yards, especially if you shoot five shots instead of just three. I have tested rifles that would average well under an inch for three shots at 100 yards that made five-shot groups averaging one foot at 400 yards.

Some rifles will actually group a little better at 200 yards than 100, due to the bullet "going to sleep" and less parallax in the scope. But you won't know this unless you try it. Just as often, the longer the range, the more groups open up.

Now let's throw in another variable: temperature. Many loads carefully worked up during average summer mornings will not group the same at 20 degrees, or 100 degrees. Unless you try them at different temperatures, you won't know. You may also find that point of impact changes considerably.

So a truly dedicated hunting handloader is not impressed with .5-inch groups. Instead he's impressed by a rifle and load that will consistently group five or more shots into 6 inches at the longest range he might shoot. He also looks for a load that will maintain its point of impact, no matter the temperature. This means the bullet will land no more than 3 inches from the aiming point, which is plenty close enough for big game hunting.

After working up such a load, you might find that it will only group three shots into an inch at 100 yards. Your friends might not be impressed, but the deer will be.