My new favorite cartridge might just be the .30 Remington AR. There are several reasons for this. For one, it finally establishes the AR-15 platform as a big game rifle. Another reason is that in reality, a 150-grain, .30-caliber bullet at around 2,600 fps – a .300 Savage – is about all the big game bullet any real hunter needs. With lightweight .30-caliber bullets like the Sierra 110-grain Varminter and the Barnes110-grain TSX, the cartridge offers plenty of versatility with very comfortable recoil. 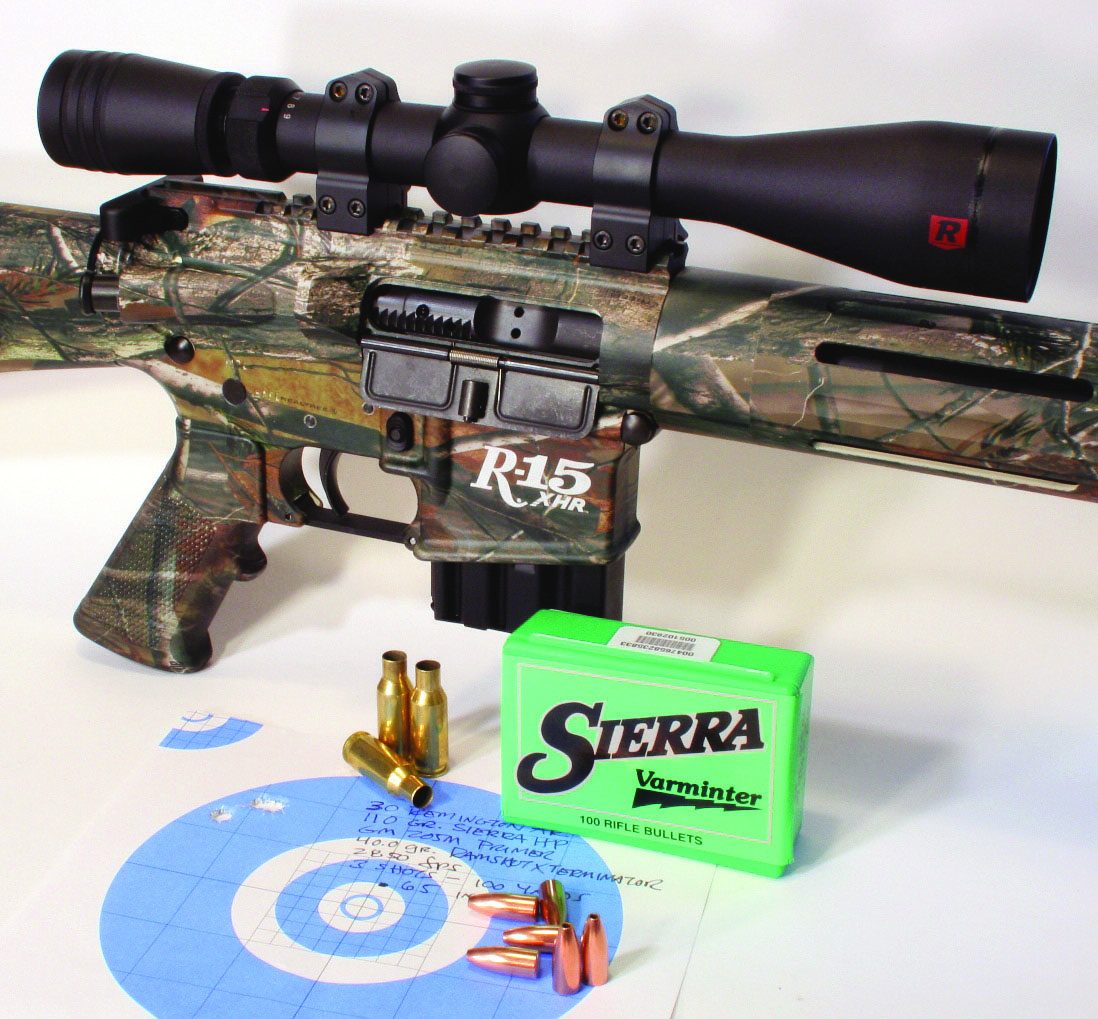 The .30 Remington AR was specifically designed by Remington to work in its R-15 rifle. This rifle was announced in the fall of 2008, but it is just now hitting dealer shelves. It appears it took a while to iron out some functioning issues, or maybe it just took that long for Remington to catch up with R-15 orders in .223 Remington. At any rate, Remington sent me one to test in March, and I purchased it as soon as I found out how well it shot. I’ve just started handloading for this cartridge/rifle combination. If you have one or are considering one, here are some things you should know.

Last year, working with Redding and Remington, I had a set of dies made. These are now available from Redding. The first dies Redding sent had a short seating plug. It was just barely long enough to work. A phone call got a longer seating stem on the way, and any new Redding dies should have this longer stem. Some of the first dies also listed the correct shell-holder as #1. It will not work; you need a Redding #33.

The .30 Remington AR cartridge case measures 1.53 inches. The magazine for the R-15 has an opening of 2.31 inches. My R-15 has successfully functioned with cartridges loaded to an overall length of 2.28 inches, which is probably as long as you want to go. This means a bullet can project no farther than 0.75 inch from the case mouth. The cartridge case has a neck length of 0.305 inch, so you can expect any bullet longer than one inch to encroach on the powder capacity.

The only real drawback to this cartridge is also the same thing that makes it so appealing; compactness. Seat long or heavy bullets deeply enough to work in the magazine and they take up powder space or place the bearing surface a long way back from the rifling.

Initially, I identified four bullets to try in the .30 AR. I also checked with the guys at Western Powders to find out what they thought would work in this cartridge. They suggested Ramshot Xterminator and provided suggested loads for bullets weighing between 110 and 150 grains. I used Federal Gold Medal Small Rifle primers for every load tested.