The .338 Winchester Magnum is the most popular North American "medium" (as the British call cartridges between .30 and .40 caliber). Hunters who believe in larger bores and heavier bullets like it for elk, and it's also often found in the hands of moose and grizzly/brown bear hunters. Even many brown bear guides carry rifles chambered in .338 when backing up clients. Many Americans also take the .338 to Africa, for use on the wide variety of "plains game" from 400 pounds on up to eland, which can weigh an honest ton.

I must admit to a certain ambivalence toward the .338 – and I have used the cartridge considerably, both in North America and Africa. On the one hand it is definitely a fine big game cartridge. Every animal I ever aimed it at correctly went down promptly, from whitetails and mule deer to African eland and Alaskan moose. On the other hand, it's more cartridge than most hunting requires, and it definitely isn't as effective on large, dangerous game as anything from the .375 H&H up.

The .338 was pretty much the product of Elmer Keith (1899- 1984), a widely read American gun writer who developed several wildcats of .33 caliber, designed to push 250- to 300-grain bullets at moderate velocity. Keith believed these to be the perfect answer for any game bigger than deer. There was some justification to this belief, because he grew up when most hunting bullets were somewhat erratic when striking game. Heavy bullets at moderate velocities tended to retain more weight and thus penetrate better on larger game.

The original factory loads for the .338 used cup-and-core bullets weighing 200, 250 and 300 grains. Elmer Keith could see no use for the 200-grain, but apparently Winchester believed some hunters would use it on deer sized game. But the .338 appeared in 1958, 10 years after the Nosler Partition was invented. Serious hunters were catching on to the fact that better bullets meant smaller cartridges could be very effective on larger game. 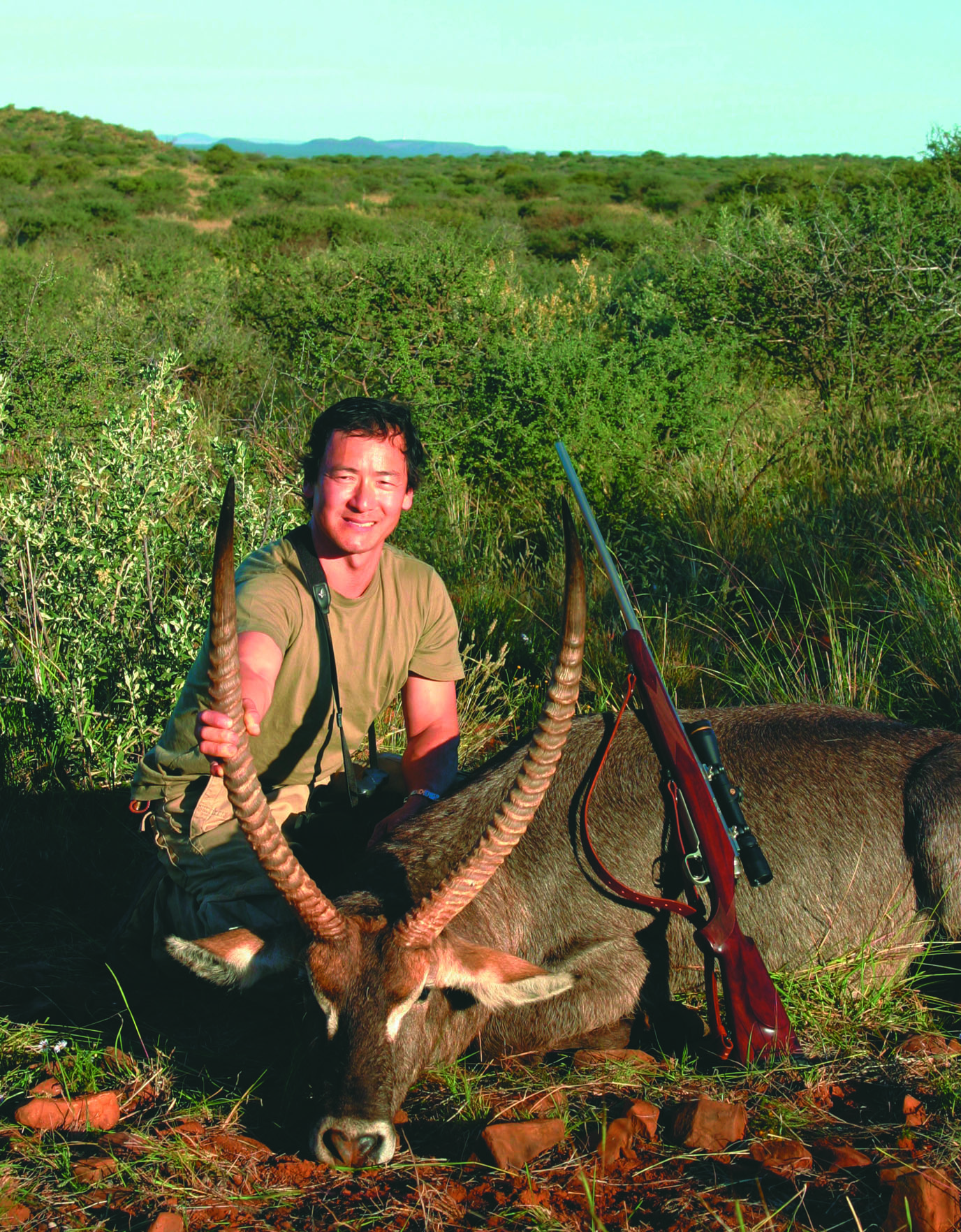 Elmer Keith never "got" the Nosler Partition. Oh, he admitted it did work pretty well, but the heaviest .338 Partition weighed 250 grains, and Keith preferred heavier bullets. (This blind faith in bullet weight ultimately got ridiculous, when Keith took one of his .33 wildcats to Africa with some thin jacketed 300-grain bullets that failed to penetrate deer-sized antelope. He continued to insist that a 300-grain .33 bullet was perfect for such use.)